It was a cold wet Friday Night when 77 unsuspecting Venturer Scouts from around the region gathered at The Danelaw – a private property near Braidwood in the states southern highlands to compete in Waratahs toughest challenge yet – Survivor: Waratah.

At 2:00am the Survivor Theme rang out across the campsite calling all the Venturers to the Tribal Council, held in an log fort on the top of a hill – It was here that the Venturers finally realised that Waratah had gone hardcore as they were evicted from their tents, given their pet chicken and led into the bush.  They had to use their meager supplies to build shelter, ration food and setup a comfortable camp for the weekend.

The next two days continued to drizzle as our intrepid survivors came to face with their fair share of reward activities, whilst some teams had to use their brains to solve puzzles and beat the floor, others had to shoot our target off the fort walls or taste a number of unusual treats in the Survivor Cafe. We also had javelin throwing, 3 way tug-o-war and the pure physical challenge of our “Heave” Obstacle course. These activities continued throughout the weekend in a round robin format.

Other activities across the weekend included a massive Survivor Auction which saw everything from one single m&m to a chicken to a hot fresh pizza go under the hammer. We also had tribal council – complete with torches, buffs, blindsides and fire. 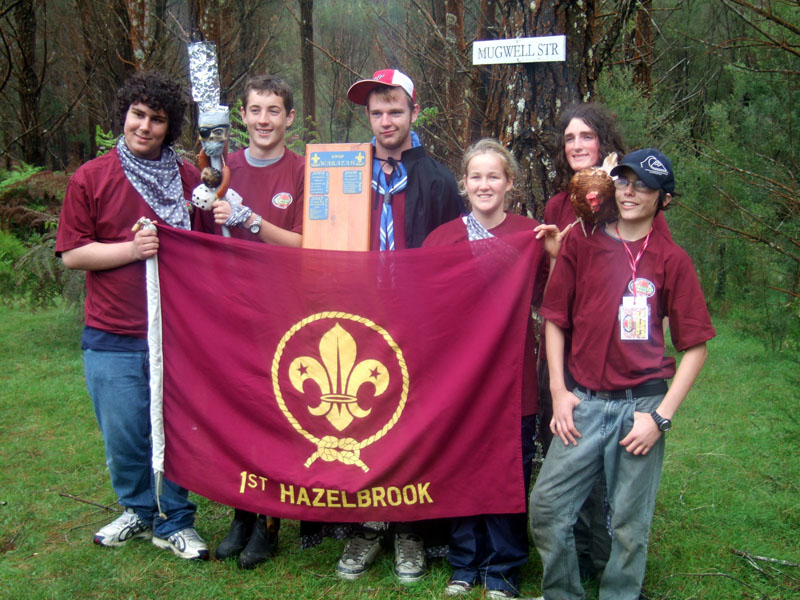 Waratah is a competition camp with the idea of teams having to work together, and this year everything was marked from the way teams acted at activities to the way they built their campsites. The Winners of Waratah 2008 were the tribe Nomad from 1st Hazelbrook Venturer Unit, The Pilgrims from 1st North Rocks came second and the Blazing Sunburns from West Pennant Hills Valley came in 3rd place.

This year’s camp was extremely difficult to compete in due to the nature of the camp and all Venturers should be congratulated for the maturity and skills they displayed on the weekend.  A huge thank you also goes to the dedicated team of leaders and rovers who without them, we would not have been able to make Survivor: Waratah a possibility.